Storm Eunice is currently sweeping through the South Hams 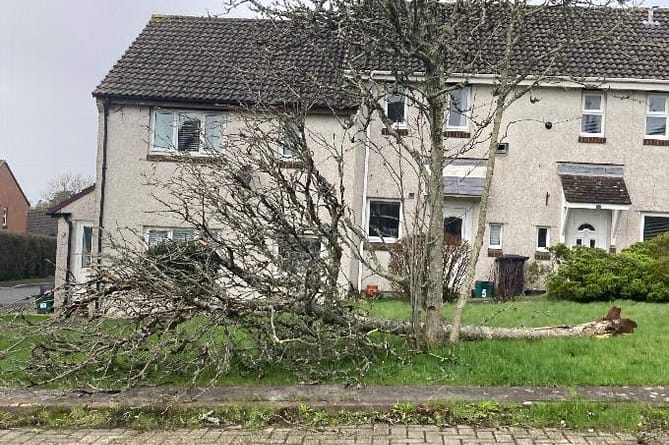 The UK’s second storm in a week, Storm Eunice, is making landfall currently, with gusts of up 97mph recorded at 9:36am from NCI Prawle Point.

Forecasters say Eunice could be one of the worst UK storms in three decades.

A red weather warning is in place for south Wales and the northern coast of south-west England until noon.

Devon County Council and the MET Office are urging people to avoid travelling if they can and stay at home when winds reach top speeds.

County show hits targets as visitors turn out in force

There have been reports of downed trees in Ivybridge Loddiswell hill and Woolwell and power outages reported in Salcombe and Ivybridge.

The MET Office reports that there is a good chance that flying debris could result in a danger to life:

Damage to buildings and homes is likely, with roofs blown off and power lines brought down

Roads, bridges and railway lines are likely to close, with delays and cancellations to bus, train, ferry services and flights

There is a good chance that power cuts, possibly prolonged, could occur , perhaps affecting other services, such as mobile phone coverage

Large waves are likely and beach material is likely to be thrown onto sea fronts, coastal roads and properties, and flooding of some coastal properties seems likely.

It is likely there will be falling branches and some uprooted trees.