Over 100 guns were handed in to Devon and Cornwall Police during an amnesty that took place last last month. It was part of a national campaign. 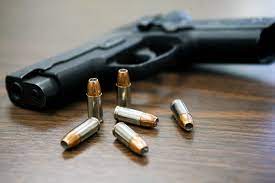 More than 110 firearms were surrendered in the Devon and Cornwall area as part of a national firearms surrender.

The national campaign, instigated by the National Ballistics Intelligence Service (NaBIS), was supported by other forces around the country.

Assistant Chief Constable Julie Fielding, of Devon & Cornwall Police, said: “As a result of this firearms surrender, all of these items are now permanently out of potential circulation. While not every firearm is owned with the intent of criminal activity, every firearm can become a weapon in the wrong hands. Removing the guns from circulation reduces the risk of danger to public safety.

Fewer than 20 people convicted of rape in Devon and Cornwall last year – as more than 1,500 offences recorded

“The campaign was an opportunity for anyone to hand in illegal, unregistered or unwanted firearms without risk of arrest at the point of surrender, and while the campaign is now over, I would still encourage anyone in possession of a firearm or ammunition that they no longer want to contact us for safe disposal.”

Information about firearms and explosives licensing in Devon and Cornwall can be found here: www.devon-cornwall.police.uk/our-services/firearms