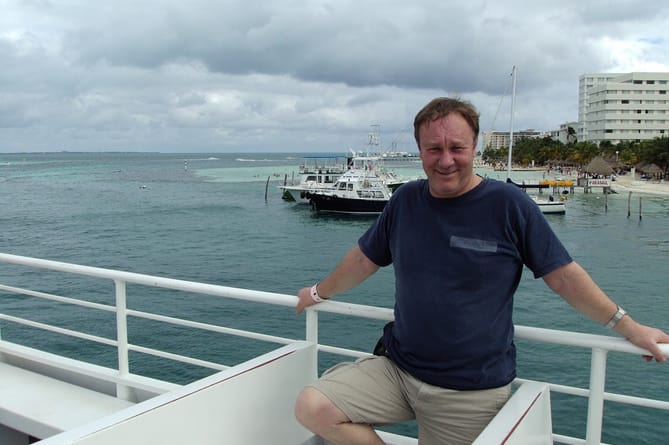 The founder of a Palestinian twinning group is looking to hand over the baton to someone new.

Jeremy Holloway formed the Totnes and Salfit Friendship and Twinning Group in November 2020 after inviting Truro-based Quaker, Lucy Zawadzki, to give a talk at Totnes Methodist Church about the situation in Palestine.

He said: “I have always been a ‘conscientious’ person and when I heard of the treatment of the Palestinians by the Israeli settlers/security forces I obviously wanted to help.

“I discovered the work the Quaker Church was doing through its Ecumenical Accompaniment Programme in Palestine and Israel.

“Lucy had been an ‘observer’ for three months near Hebron in Palestine and her talk was both enlightening and harrowing, with tales of strength, oppression, hope and adversity.

“She suggested the best way to help people in the region was to form a twinning group.”

The group now has 80 members through its Facebook page including two town councillors, Victoria Trow and Ray Hendriksen, and it is a member of the national Britain and Palestine Friendship and Twinning Network.

“Clearly there are problems in Palestine – political, cultural and ethnic – which have been ongoing since 1948,” Jeremy continued.

“Clearly these problems don’t look like abating any time soon but the friendship and twinning group is not only about relaying problems in the area, it is also about offering moral, ethical and shared support.”

So far the group has twinned trees – an olive tree for Salfit and an oak for Totnes, and is in the process of organising an exhibition in Totnes of photographs depicting the olive harvest in Salfit.

King Edward VI Community College has linked up with a Spanish School for Girls in Salfit, and the group has also discussed linking choirs in the two towns. There are also hopes that a couple of local cafes will provide a Palestinian menu.

“Some children in Palestine are prevented from leaving the territory and the only links they have with children around the world are through the internet,” said Jeremy.

“Likewise, it is so important for children in the UK to understand, empathise and ultimately understand another country’s religions and lifestyles.

“There are a plethora of subjects on the national curriculum that would benefit from real-time collaboration, and a previous link with a school in Gaza proved extremely successful.”

Jeremy said: “I helped set the group up but did not specifically want to run it, but it seems to have turned out that way.

“I have other work I need to do with my theatre company and generic work in the arts and now feel it is time for someone else to take the helm. I will still belong to the group however but I hope to hand over the baton to a fresh (and hopefully) younger member.”