Residents’ headache: buskers too loud to work from home 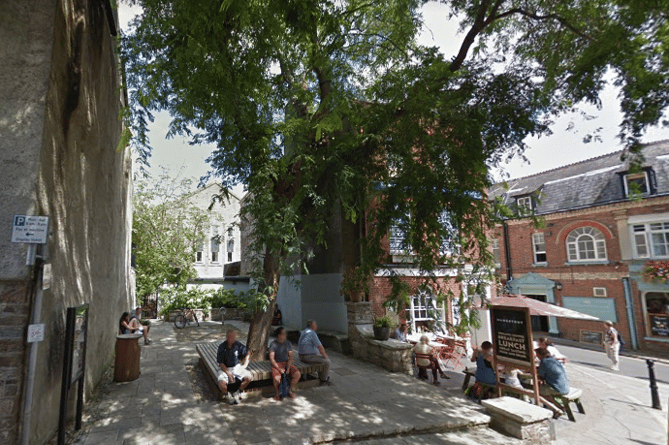 Mentally distressed residents are calling for acoustic only signs in Totnes town centre in a bid to stop buskers playing “incredibly loud” music.

Anna who lives opposite Shady Gardens in Fore Street complained amplified music from one particular busker dubbed ‘Cowboy Hat Man’ is so deafening she is unable to work.

Her neighbour Sean also finds it difficult to work from his flat as he cannot give poorly clients his full attention.

The noisy busker plays outside their window at least four times a week – sometimes all afternoon and into the evening - said the pair as they begged councillors for help.

Anna has lived in the centre of town for the past 10 years and insists she hasn’t had an issue with buskers until now.

Speaking at the recent full town council meeting, she explained: “Since Covid all of my work has had to move online but I cannot work it is so loud.

“There are other buskers that come along without amps and it’s not so much of an issue, but with the amps it’s causing me mental distress and I’m having to reconsider how I do my work.”

Anna accused the busker of refusing to abide by the town council’s buskers’ code of practice which bans amplification, states music shall not be heard 50 metres away, that it must not be intrusive or a nuisance in nearby commercial or residential premises, and rules pitches can only be played for a maximum of one hour.

Sean finds it distressing asking buskers to turn the volume down as he’s been “lynched” a couple of times doing it.

He said: “It’s kind of distressing for me personally when I go down there and I talk to him, because everyone is enjoying themselves.

“You don’t want to be the guy who goes down there and has to ask, because I’ve nearly been lynched a couple of times.”

Sean added: “Like Anna I work at home three days a week and I’m working with sick people who have got all kinds of ailments and I just feel I’m not able to give these people my attention because it’s distracting.”

Cllr Jacqi Hodgson will ask South Hams Council put up an acoustic only sign at Shady Gardens, and agreed louder music may be more suited to the less built up space outside St Mary’s Church or in the Market Square.

A grateful Anna said: “I really appreciate that - I need something pretty soon because I am literally losing my mind over this.”

Town clerk, Catherine Marlton has referred the issue to environmental health as some town council officers have endured “unpleasant interactions” with buskers, despite the code stating they must stop performing immediately when a council officer asks them to.

“Some staff feel comfortable going and speaking to these individuals, some don’t and, to be honest, there have been a couple of quite unpleasant interactions and I am not about to tell staff to go and do that,” she insisted.

The council is keeping a log of buskers who play too loudly, she said, advising Anna and Sean to do the same, but warned solving the issue would not be easy.

She added: “I have to make a point that you’ve got to be careful not to shift the problem along because we also get complaints in the Market Square because it tends to echo.

“But then councillors have been reticent to go down that road of making that kind of limitation a unilateral thing because there are instances where it’s required, so it’s really tricky.”